Everyone Has a Gun in Wyoming

“I don’t know if there was trouble at home, or if I was just drawn to the romance of the idea, but for whatever reason I willingly left my home and friends at age ten to work on my stepfather’s farm in Wyoming. He wasn’t my step dad at the time though, but he married my mother three year’s later. That’s a whole other story.

“I worked there for three summers, dawn to dusk, and any other time I could get away. I was crazy for the work, the land, the machinery — for everything that made a farm what it was. It changed me totally in so many ways, mostly for the good, like my strength and work habits, but it did some damage that I never realized until later on. 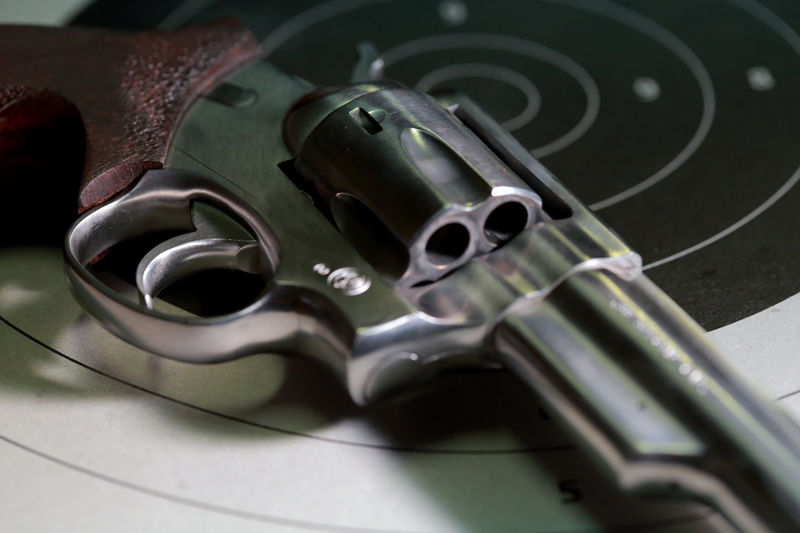 “The farm was just off the main highway a little south of Worland. We raised irrigated hay, mostly alfalfa. In the summer the road was busy with tourists driving north then west to Cody and Yellowstone. The Hell’s Angels motorcycle gangs would drive through, too, and sometimes cause trouble. We all hated the biker gangs. My step dad called them deep down bad.

“One day we were gassing up a truck near Greybull and the Angels pulled in and started filling their tanks one after the other. They were fat, dirty guys wearing greasy looking black leather jackets with the Hell’s Angels markings on the back. One guy near our truck looked over at us and laughed. On his jacket it said, ‘Women bleed for Angels’. My stepfather was getting mad and I knew he had a gun in the glove box. Everyone has a gun in Wyoming.

“Once the gang had their gas they just spun around in the gravel lot spraying us with rocks and then roared away without paying. A state police car drove in just as they were leaving but he didn’t try to stop them. We finally drove away and didn’t talk much on the way home. I remember I was a little shaky but kind of excited.

“I have a lot of good memories of that farm but I usually tell this story the most. I’m really glad it happened because I know I’ll never forget it. Now that I’m older I like these kind of harsh memories the best. They make me feel like I really lived.”